Panama City Beach had a condo development boom in 2004 to 2008. During this period we added some amazing condo projects like Calypso Towers, Grand Panama Beach Resort, Sunrise Beach, Splash and Aqua. The market was flooded with new condo inventory. When the real estate market crashed in 2007 we reached an all time high of condo inventory with and massive supply of short sales and foreclosures. After the oil spill in 2010 the market began its shift and gulf front condo inventory was quickly absorbed as high end new condos could be purchased below construction costs.

Gulf front condo inventory in Panama City Beach is at record lows and will it change anytime soon? The answer is NO and here is why:

With the real estate market crash all new gulf front condo development ceased after 2008. Many of the condo projects were halted at the foundation stage. Calypso Towers III has a foundation and construction is delayed for at least the next 3 years. The same is true with Emerald Beach Towers III and Beachscape on the west end of Panama City Beach. I am personally working with several condo developers and there are no plans to begin condo construction for a minimum of two years. The city of Panama City Beach has passed a new ordinance to extend existing development orders on existing condo developments allowing them to apply for 2, 3 and 4 year extensions with zoning concessions. What does this mean? The soonest a new condo will start construction will be 2016 and with a minimum of a two to three year build out we are looking at NO NEW GULF FRONT CONDO INVENTORY UNTIL 2018 TO 2019! This is creating a significant shortage of existing condo inventory and creating an increase in condo prices. With the growing popularity of Pier Park and Panama City Beach, gulf front rental rates are on a steady increase. Low interest rates and high rental income makes gulf front condos in Panama City Beach a very attractive investment property or second home.

What is my condo worth? 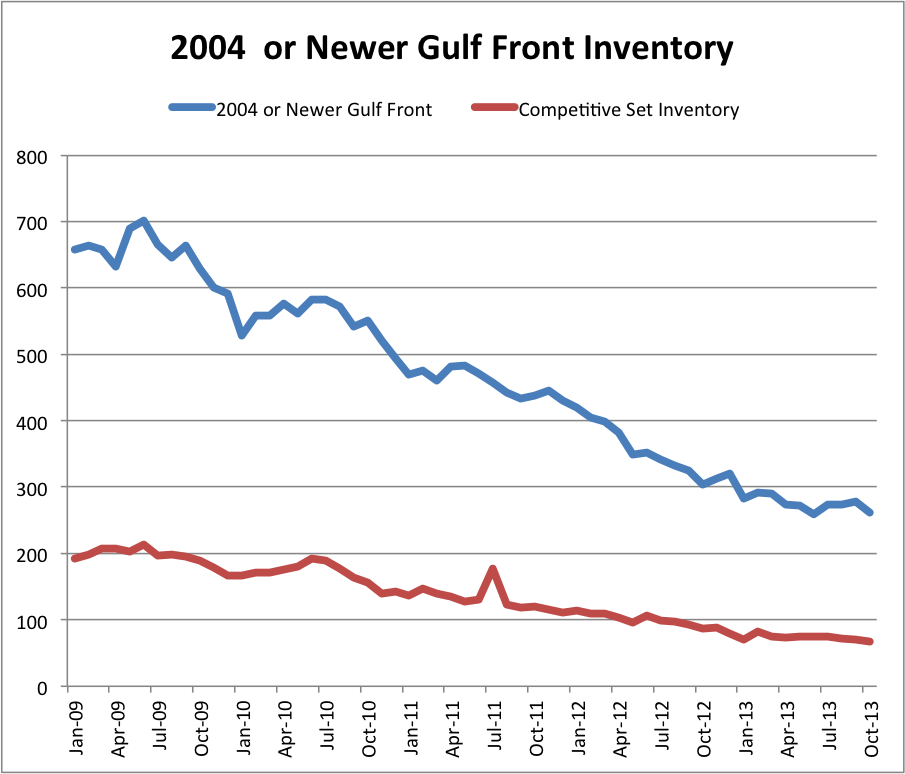